The "JBH" Podcast is here to Inspire people to dramatically enhance their Health, Well-Being and Lifestyle by providing an Honest perspective and Knowledge on eating ‘Real Food’, Mentally + Physically. The less toxins you put in your body, the less toxins that are out in the environment.

It's about creating a life full of sourcing transparency, mental freedom and physical harmony!

This is "True Food for Thought"... We are getting deep. 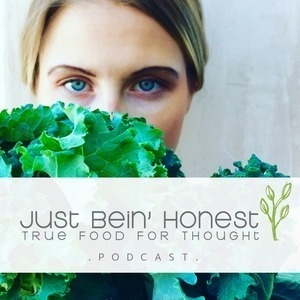 What does it take to be an Olympic athlete? Secrets revealed! But, it's not what you think...

She soon framed her mindset on the bigger picture within her swimming career - the OLYMPICS!!!

She filled her life with Swimming + Training. Now that she has retired from that competitive sport - swimming athletically + for pleasure these days - she is leading athletes of this generation with mindful practices on how they too can go for any goal they are striving for!

Rise Athlete co-founder and NOW natural skincare creator, Caroline is NOT stopping at anything she pours her heart in to. You will absolutely LOVE this interview and we'd love for you to comment on anything you want to know more about!!!

Want to connect with Caroline?

Kiss Kiss, Hug Hug - Much of Many my little honesters!

*** Show Sponsor : DR. BRONNER - Get yourself some ALL IN ONE cleansing and soothing skincare right here!!!

{Please send me an E-mail for INSIDER deals!} katherine@justbeinhonest.com